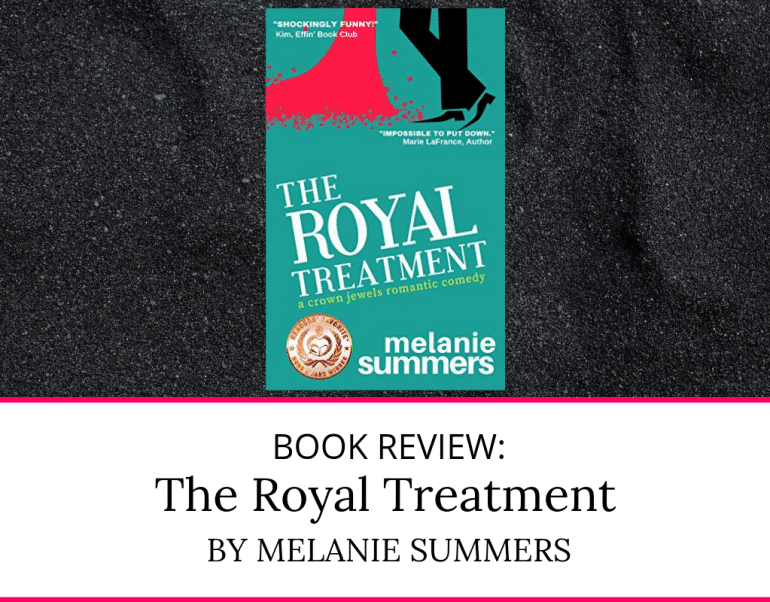 “You know, I just realized, you’re either a chauvinist or a coward, but I can’t decide which.”

“You heard me. You either think you are entitled to make her decisions for her, which would make you a chauvinist, or you’re too scared to go to her and put your heart on the line, in which case you are a coward. Very disappointing, either way.”

Tessa Sharpe: reporter turned blogger of The Royal Watchdog (among other sites) after getting smoochy with the boss. Suffice to say, the boss remained boss and married like a week later, so…lovely guy.

Prince Arthur: a guy who’s got charm for days and charisma seeping through his pores, I guess he’s kinda hard to resist. But for some people he’s a “lazy leech who does nothing for Avonia.” Really depends on the person…ahem, Tessa Sharpe.

(Before I go on, this one line from Grease is terrorizing my thoughts ever since I typed Prince Arthur because the word stud came to mind so I need to get it out…”tell me about it, stud.”)

So the premise is that the people of Avonia have grown tired of the monarchy and want it abolished. The prime minister plans on calling a referendum which spurs the royals into action, Arthur specifically. He decides to have their biggest public hater come live in the palace for two months to change his/her mind about them which, in effect, will also change the minds of others.

And that’s where Tessa Sharpe comes in. Unfortunately for her (fortunate for the entertainment of Avonia), Arthur announces his offer on a live broadcast which leads the vultures to a series of embarrassing events. Her first mistake was putting on the shock jogger. Her second mistake was turning it on. Third was when she started laughing. And fourth when she caused a car accident. And there were about a dozen swears going off (completely understandable honestly, shocks are not pleasant. Especially when you think you’re hair’s going to fall out) which was all live for the world to see. Fun times. Am I right.

Obviously Tessa takes the offer and moves in yada yada yada. So she supposedly hates the monarchy and all the royals. She’s repeatedly berated them on her blog saying they’re lazy, don’t do anything, are simply loafing by on the people’s tax money; just leeches. Arthur, however, sees her as a challenge and we all know what that leads to in a book.

So I was kinda hoping there’d be more hatred in the beginning, but it was pretty tame. Nothing out of the ordinary besides some armpit sniffing on live tv.

Arthur and Tessa fell for each other rather quickly actually. It was more lust than love at first, but it did become much more, but everyone who reads romance (especially a royal chick lit type of story) knows that there’s going to be that moment when everything goes to shit and one character, usually the heroine, runs away. I called it before I even opened it up which was part of the reason behind my rating.

Predictability is fine if the characters stand out or the story brings me on a journey, but when you can literally figure out everything, there’s no shock value. But if the story snags a laugh out of me or a certain warmth then all is forgiven.

What Worked For Me

The back door swings open, and Arthur gets out. He glances at my father. “Sorry about that, sir. We’ve been chasing your daughter all the way from Parliament Hill.”

She gives him a come-hither look. “I certainly am.”

I clear my throat, and she jumps a little. “Sorry, that was purely reflex. Won’t happen again,” she murmurs.

What Could’ve Been Different

The Royal Treatment was a fun, light read filled with many embarrassing (relatable) moments that call for some laughter and caffeine because you won’t wanna stop until you’ve devoured the last word.

I’d definitely recommend this for anyone who’s on the market for a match between Avonia’s very own “Prince Charming” and a “lowly commoner peasant” who harbors some resentment towards the monarchy. Lots of fun, so join in.