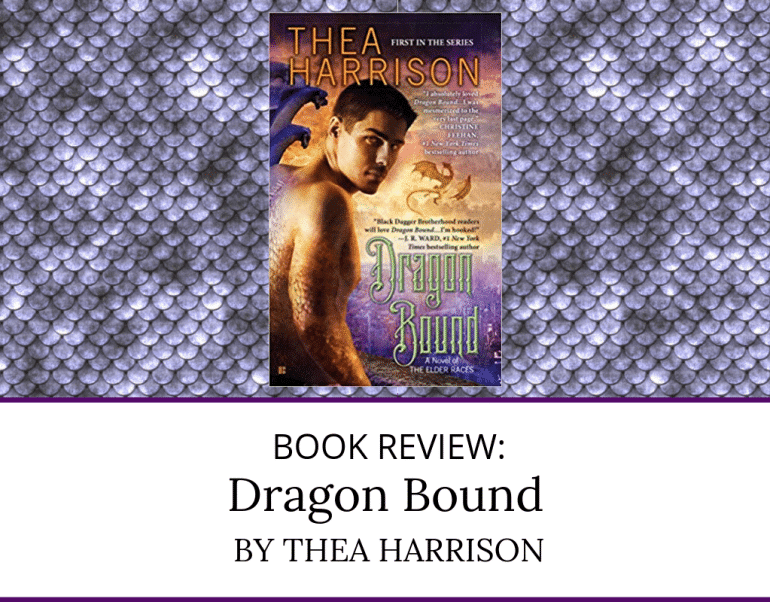 If you’re in the mood for a hot and heavy dragon/thief romance, then Dragon Bound is the perfect story for you. Especially if you’re into long reptilian tails . . . if you know what I mean *cough* Dragos *cough*. (I wish I didn’t say that. But I’m not deleting it now.)

Usually, I’d give a brief synopsis now, but I’ve decided to switch it up. Instead, I’ll give you reasons for why you should put Dragon Bound on your TBR list. Let the games begin!

There was a time in my life when I went through a dragon phase. I’ve gotta say, my mental image of Dragos is pretty smokin’, literally. If he was a cartoon character, smoke would have been shooting out of his ears at least 107 times a day.

But enough of that, you probably want the gossip that delves deep into the volcanic wasteland that is his soul.

First, he can take a trip into your dreams which can make for a steamy fantasy come to life. However, the owners conscience should be informed of this invasion before any inappropriate deeds are performed. I mean, that sounds like the right thing to do?

Dragos also happens to be ancient. I mean, he was alive before humans were a thing. Yeah, he’s no youngster. Moreover, I suppose if you’re into 1,000-year age-gaps then you’ve found your ideal match. This oldie over here somehow hooked a 26-year-old . . . get that notepad out and take some pointers people.

One more thing, Dragos is one possessive asshole who has trouble relinquishing power. Now, that usually spells trouble for some relationships, but Pia Giovanni’s not afraid to call BS when he’s acting out of line. I, for one, don’t tend to mind the possessive type, to an extent. It all depends on the severity and the overall personality.

Dragos is okay. He has his moments.

Okay, if you’ve never read a book with a baby dragon, then you’re missing out. Honestly, the cutest parts of Dragon Bound include that little bundle of joy. It takes the whole ‘babies hear everything’ to a whole new level.

A strong heroine is a must when you have a possessive dragon who never hears the word no.

Pia does hold her own for the most part, but there were a few times when she could’ve done more. But what do I know? I’ve never been in a situation with a dragon. Actually, if dragons existed, I’d rather not meet one. The thought of my skin melting from my bones, becoming charred soup, doesn’t strike my fancy.

Pia also happens to have some major combat skills. It’s insane. There’s this one scene that I read over a few times because it was awesome. Imagine these big warrior guys coming at you and being able to have them seeing stars in mere seconds. Yes, that happens.

Bonus: She maxed out that black credit card on . . . food for homeless shelters!!! If that doesn’t make you drop this review now to pick up the book, then I honestly don’t know what will. You might be a lost cause. Or just not into dragons. If it’s the latter, then you probably shouldn’t be reading this review.

Take this for a test flight over some active volcanoes. Maybe you won’t get burned, but get ready for some hot flashes. The one section I forgot above was the smut category. There are some smutty scenes that might heat the room up by 100 degrees. If that happens, don’t worry, it happens to the best of us.