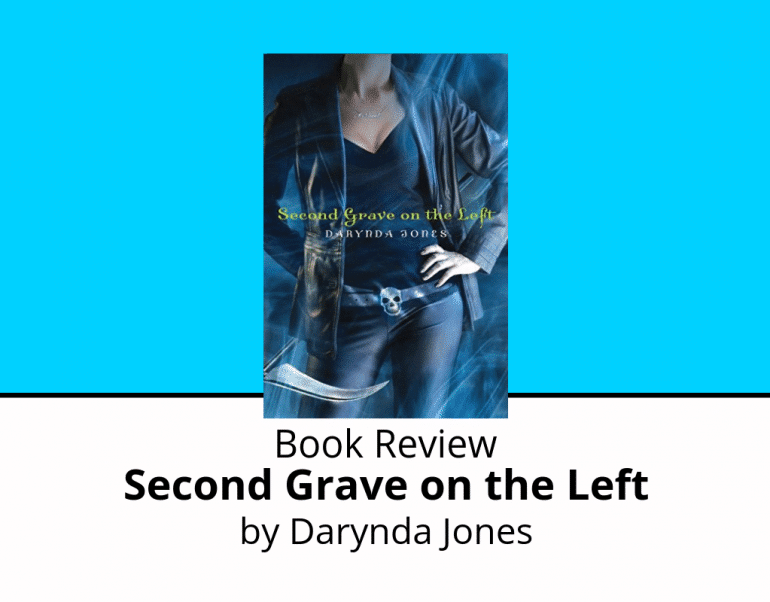 If you're in the mood for a hilarious paranormal romance with witty characters, you should definitely check out 'Second Grave on the Right'.
Home
Book Corner
Samantha·
Book CornerBook Review
·May 27, 2019

Review of Second Grave on the Left by Darynda Jones

*This post may contain affiliate links, which means I may receive a small commission, at no cost to you, if you make a purchase through a link. See my full disclosure.

“NEVER BE AFRAID TO DART AROUND IN PUBLIC, HUMMING THE MISSION: IMPOSSIBLE THEME SONG. —T-SHIRT” – Darynda Jones, ‘Second Grave on the Left’

I’ve become invested in Charley Davidson and Reyes Alexander Farrow “aka: Rey’aziel” or “Satan’s son”. They lead very exciting lives. I wish I could steal some of their excitement except I wouldn’t want the demons coming after me. That would be slightly unfortunate.

If you have not read First Grave On The Right yet, I would recommend you check out my review of it here first.

Now, I must say, there were a few instances where Charley and Reyes irritated me. And there were moments when I questioned their actions. But that’s good, I guess.

Charley has this insane ability where she can piss Reyes off in less than a second. Actually, that ability probably goes both ways except Charley really messed up this time.

I mean, Reyes had the state decline her application to see him. He’s not a happy camper and I can’t blame him. But Charley also thought she was doing the right thing, so I’m at an impasse between the both of them.

Moving along, this was more or less the story where you learn more about Reyes, yet still feel like you know nothing in the end.

What can I say?

I’m starting to feel like those women who are obsessed with Reyes (well, technically they’re obsessed with him because of that whole prison/criminal thing and then there’s fan bases and the list goes on). I don’t think I’d ever write fan-mail to a prisoner though.

The entire investigation with Mimi was good since it took the focus away from the Charley and Reyes show. I wasn’t expecting the case to end the way it did though. It game me “I Know What You Did Last Summer” vibes.

For the most part, this was a light read with some heavy moments that made you want you to say “yikes” and “ooh, that’s rough”.

I should write more, but I’m distracted by Spider-Man.

Reasons to Read Second Grave on the Left:

If you’re in the mood for a hilarious paranormal romance with witty characters, you should definitely check out Second Grave on the Left. It is a unique novel that most likely have never read before. Plus, theres Reyes and he’s smokin’. At least, from what I’ve gathered from Charley’s descriptions.