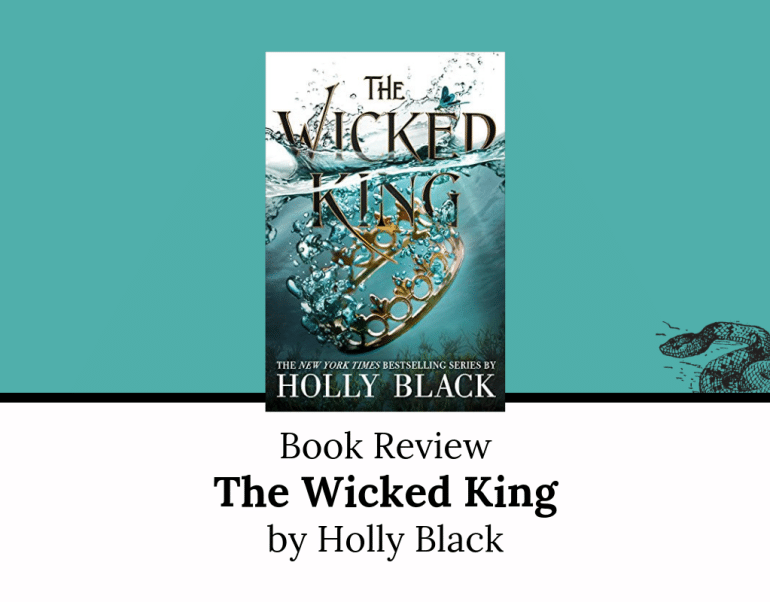 Holly Black, why have you done this?!? We were doing so well and then you had to go and pull the rug out from underneath us. I feel a bit betrayed…well, more than a bit.

Fellow Cardan and Jude lovers, you will either love or hate what goes down in The Wicked King. I, for one, was in a state of bliss for about five minutes until Holly took that away with a few sentences. Actually, the sentences weren’t what crushed me, it was the fact that the book ended. It should be illegal to end on a cliff hanger. Now I’m hanging for my life. (…I’ll walk myself out.)

Jude is a badass heroine, ya’ll. She’s at a disadvantage as a human in Faerie and still manages to come out on top. If that’s not girl power with a dose of kickassery, then I don’t know what is (unless you have someone else in mind then let me know). Actually, she kind of reminds me of Anne Boleyn: ambitious, cunning and smart when it comes to the chess pieces. Then again, Anne did get her head chopped off, but that’s because Henry was a real jerk. Cardan would never do that to Jude (knock on wood).

What’s the story about?

When you think of Kings and Queens, power and control are usually the first words to come to mind when describing them. However, that’s quite the opposite for the new High King of Faerieland who is locked under oath to obey every command and order from his seneschal; Jude Duarte, a mortal who managed to fool a Faerie prince.

With that said, the entire book is basically a game of chess with Jude as the Queen. Why not the King? Because the King tends not to move much; it’s the Queen that has the tricks up her sleeve. Every negotiation, every action goes through Jude. Her “wishes” are Cardan’s (the High King) command. He must oblige no matter what which is because of the oath he swore to Jude back in The Cruel Prince. Of course Cardan’s a bit bitter about the predicament (understandable), but there’s nothing he can do until the year is up.

Power struggles, gameplays, duals, calculated moves, espionage, deception, bogus assassination attempts, wrongful imprisonment, familial battles and much more happens throughout The Wicked King. Honestly, to steal a line from GoT, it’s the game of thrones people! You either play the game or you sit around all day with a crown on your head drinking wine and dancing. Yeah, we all know which is the better group.

“Power is much easier to acquire than it is to hold on to.”

That right there is the cold truth Jude learns navigating the frothy waters of court life.

Cardan. I know he’s a prickly ass at times, but I love him. Even after some rather treacherous moves. Most people would probably say it’s a poisonous relationship. Well, it is. Literally – I’ll say no more.

“The three of you have one solution to every problem. Murder. No key fits every lock.” Cardan gives us all a stern look, holding up a long-fingered hand with my stolen ruby ring still on one finger. “Someone tries to betray the High King, murder. Someone gives you a harsh look, murder. Someone disrespects you, murder. Someone ruins your laundry, murder.”

The High King has honestly come a long way than the cruel prince we first met. He was his typical self for the majority of the book, but becoming increasingly more involved within political affairs; something he never had much interest in. With that, he managed to make a mammoth power move that no one saw coming and then like a domino effect, another dozen right after that. He is truly a force to be reckoned with people.

A sign needs to be put up when entering Faerie that says ‘DO NOT MESS WITH THE HIGH KING. SERIOUS REPERCUSSIONS WILL ENSUE THAT WILL LEAVE YOU SENSELESS.’ Someone should make this into a sign. I’d buy it.

I don’t want to say much, but we have a lot of traitors in our midst. I’m not proud of that fact. I mean, it’s Faerie, you kind of expect it, but there’s some people who never ranked on your radar which makes the deception hurt a lot more.

Now that we’ve talked about Cardan, into Jude. You either love or hate her. There were a few moments when I felt some eye-rolls begging to be released. Especially when she tossed her stuffed animals into the fireplace. Along with the multiple times she had an argument with herself about Cardan’s state of affairs. Jude really has an insane ability to make you feel like the Mad Hatter. However, for me at least, she comes off as somewhat relatable. With all her mental debates and pep talks, I feel a bit of a connection with her. Of course, that ends as soon as she cuts an artery and flips onto a branch. If only I could do the latter. My life would be set.

“Kiss me again,” he says, drunk and foolish. “Kiss me until I am sick of it.”