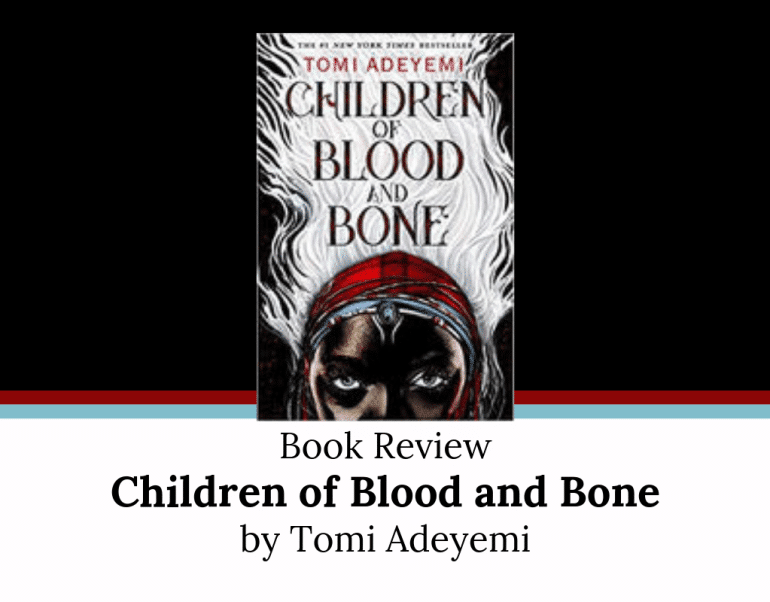 Book Review – Children of Blood and Bone by Tomi Adeyemi

That cliffhanger has, quite literally, left me on the ledge. The last 15% exploded out of nowhere and now I’m left with questions upon questions. Not cool for my mental state.

Children of Blood and Bone was like seeing a comet strike Earth; something you thought you’d never see, or read. Never mind, it wouldn’t be a comet, more of a meteor or even a spaceship. Anyway, I devoured this book and now I need to get some things off my chest.

The main gist of the book is to bring the magic back that was believed to be destroyed around 11 years ago by the King of Orïsha.

All magi also have the same distinct white hair that sets them apart from others.

Now, starting with the characters:

[So this was told through multiple pov’s (Zélie, Amira and Inan) and it’s first person which I liked.]

We might as well kickstart this with the Reaper: aka Zélie.

Zélie was born a maji, a person with certain magical abilities. However, maji’s are the equivalent of dirt in this world. Often called maggots by the guards and basically anyone who has the same disgusting view as the king.

Her mom was tortured and dragged to a tree with a rope around her neck where she hung for the entire village to see. And they think they’re the animals? It’s revolting.

[If I could jump into this book right before shit hit the fan, I’d take Zélie’s staff and ram it into his messed up noggin.]

Anyway, the reason why Zélie gets drawn into this mess is because they don’t have enough money for the tax which lead to her dad, Baba, almost drowning. Zélie feels at fault for what happened, so she takes it upon herself to travel to Lagos where she can sell the sailfish at the market.

She and her brother, Tzain, go together and Zélie, best marketer ever, sells the fish for 500 silver pieces. Unfortunately for her, that’s when all hell breaks loose.

[By the way, Tzain is a great brother. He never actually leaves Zélie even when she makes him doubt everything]

Amira is the Princess of Orïsha. It is only when she sees her father execute her best friend Binta, a magi, that she realizes she has to do something. And that’s why she commits treason by stealing the scroll which can awaken the magic within a magi by touch.

And that is how Amira and Zélie end up meeting. Well, more like escaping.

As they escape, Inan, Prince of Orïsha, makes his grand entrance as the pursuer of the fugitive who committed treason. To no avail, he loses them right after grazing the scroll.

So Inan. He’s got some daddy issues. All his life, he’s strived to be the perfect son; to make his father proud.

Wise words from the king. But you know what?! Sometimes, you need to put yourself before duty. I don’t care if you have an empire to rule. At times, you really need to treat yourself. Or at least be with the person you like. I mean, come on.

But I get it. That’s how he grew up. It’s inevitable that it’ll stay ingrained within his mind. Ugh.

And then when Inan learns that he has some magi in him…well, he has a hard time grasping that…and hiding the white streak in his hair.

So, in short, it becomes a game of cat and mouse for a good portion of the book and then stuff happens and then more things just occur and then the freaking ending appears out of nowhere and makes you wish you didn’t read this until the sequel was out. Life.

Oh and then you have those good for nothing cockroach leeches that are supposedly helping the people when in reality they take them and carve freaking maggot into their back and leave them hanging in shackles. How I wish I could have done something or, at least, for Inan to do something about it. Coward.

Still, I hope he’s okay. Even though he’s a coward. I have mixed feelings. Reminds me of Murder House honestly.

The King is a skanky ass, beady-eyed, good-for-nothing dictating mosquito troll that deserved everything that came his way.

Reasons to Read This:

An Afterthought: Roën seems like an okay guy for a pickpocket, but I’m not sure about the potential relationship that might be blooming. I have some concerns. However, he’d bring some much needed humor to the story, so I want more of him.

Reasons Not to Read:

Tomi Adeyemi, job well done! Now I need to know what happened with everyone. So take as much time as you need, but not too much because…I need it.

“You crushed us to build your monarchy on the backs of our blood and bone. Your mistake wasn’t keeping us alive. It was thinking we’d never fight back!”