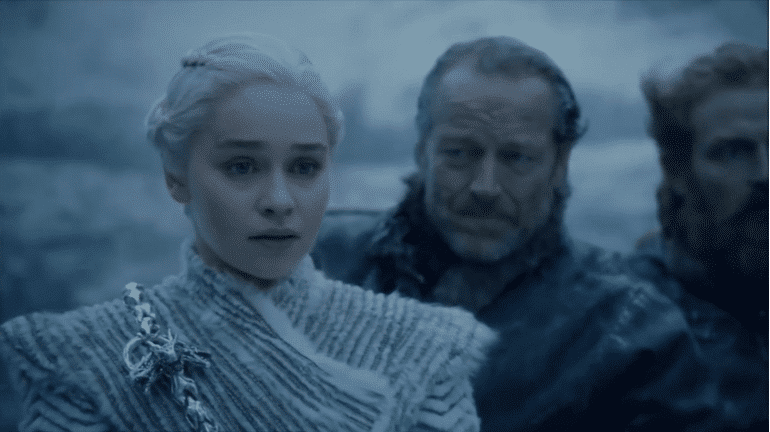 Game of Thrones Scenes That Made Me Want to Shout “Winter is Coming!”

I remember when Game of Thrones first came out and I could not be less interested. My dad tried turning me into a GoT fan, but I just wasn’t into it (which might have been due to the fact that I was 11/12). However, I decided to give it another try last year. Instead of studying for exams, I was binging all seven seasons and let me tell you, it was the bomb. I’ve refrained from saying using ‘the bomb’ to describe anything lately, but GoT is an exception. It’s out of this world amazing.

Honestly, April 14th should be a holiday this year. I am so pumped for that night although it sucks because I’ll still be at college by that time, so that means it’ll be me and my laptop. When I told my dad I’d be watching it on my laptop, his face was hilarious. He was appalled I’d ever even think to watch Game of Thrones on a small screen, but sometimes you gotta do what you gotta do. Anyway, in preparation for the final season, I want to create a roundup list of my favorite scenes, quotes and everything in between for why GoT is the best.

“We’ve had vicious kings and we’ve had idiot kings, but I don’t know if we’ve ever been cursed with a vicious idiot boy king.” — Tyrion Lannister

Okay, this one didn’t make me want to shout winter is coming, but it sure put Arya on the list of people who will kick butt when winter does come. Oh Joffrey. How I despised you greatly. As everyone knows, this guy was evil incarnate without the brains. He was such a pansy too. From Lady’s ultimate demise to Ned Stark’s beheading, everything cruel (at least when he was alive) was because of him. There were moments when I would be muttering to myself about all the ways he could die. Ugh. Ughhhh. That guy.

I loved watching Arya and Nymeria bring this sack of pizza dough down (not that he looks like pizza dough) although when he had Lady put down . . . my thoughts were not ones I could repeat. He was such a sadistic, monstrous and spoiled boy. I wish Ned haunted him after death. Insanity was probably already a part of his day-to-day lifestyle, but an added ghost would have been the cherry on top.

“Anyone can be killed.” — Arya Stark

The Battle of the Bastards

Who ever said there could be no one worse than Joffrey Baratheon? If only that was the reality. Instead we were “gifted” with Ramsay Bolton. If there was any person who might possibly be able to hold a light to Joffrey, Ramsay comes the closest. There were so many instances when I felt downright murderous because of him. The mere sight of him etched a permanent scowl on my face until he left the screen.

But alas, he inspired– actually, let’s be real. It wasn’t Ramsay who inspired the ‘Winter is Coming!’, it was Jon freaking Snow. Also, I didn’t realize how much time and effort he puts into his hair. Whatever he’s doing, it’s working. But in all honesty, I’m happy it was Sansa who sent that no good piece of shite to the eternal flames of Tartarus. I hope he’s tied to a post and every bad thing he dished out is done on him tenfold. At least until he realizes what a horrible human he is and feels remorse (unlikely) for everything he did.

“If you think this has a happy ending you haven’t been paying attention.” — Ramsay Bolton

What are you trying to say Ramsay?!?!

White Walkers vs John Snow & His Band: Daenerys Flies In

Daenerys flying in with her three dragons to save Jon and his crew had me grinning like a madwoman while also nervously yelling “Come on!” because Jon was taking his ever loving time. However, that moment when the Night King flung his spear of ice at the dragon . . . my heart. It was like that scene in Spider-Man when Gwen (Emma Stone) is crashing through the bell-tower and Peter (Andrew Garfield) tries saving her with his web that slowly unfurls into a little hand. Both these scenes are just punches to the gut.

This was the epitome of the “Winter Is Coming!” type of scene. One, you have Jon Snow and his band huddled together as they are being surrounded by the dead. Then one fell off and lost his head (and he didn’t wake up in the morning – why I just did that, the world will never know). Second, Daenerys is “meeting” the White Walkers for the first time and to say the meeting went to hell would be an understatement. Third, the damn Night King has his own Ice Dragon now. If that doesn’t scream apocalypse, then I don’t know what does anymore.

The Night King Riding a Dragon

When you see the Night King flying on the dragon, well, you know shit is about to get real bad depending on how you look at it. I mean, he singlehandedly took the entire wall down. He’s practically invincible. Everything that dies only fuels his army. It’s really not looking too good.

I swear, if everyone dies, I’ll– I don’t what I’ll do. Well, I’d probably just sit there with my jaw hanging with this “you just kicked my puppy” type of look in my eyes. I might even groan, “How . . . how could they do this?? Do they hate us this much?” Hopefully, it doesn’t come to that– who am I kidding, we all know it’s going to come to that. That’s the price of GoT. It snatches you up and leaves you as mad as the Mad King (I know, such an original comparison).

Winter Is Coming people. Brace yourselves.

Also, any ideas on the meaning behind the statues? Honestly, if something happens to these three along with Daenerys and Tyrion, I will become a drifter moving through the motions of life post-GoT. At least, we will still have the prequel.

Also, Daenerys and Sansa meeting for the first time, ahhhhhh! This is going to be an epic finale! Can I get a woot woot?!? (Okay, I have never actually typed that before, I’m not sure how I feel). My only hope is that they band together and bring the Night King to his icy knees. Make him bend the knee. See how he likes it.

SPOILERS AHEAD: Well, they did bring him down, but other things happened that are much worse than the Night King. Whatever you expect to happen, you’re wrong. Unless you’re the three eyed raven. Then, you’ll have a rather high chance of knowing exactly what’ll happen.